Home News Windfarms in the form of renewable energy, the road ahead to curb climate change 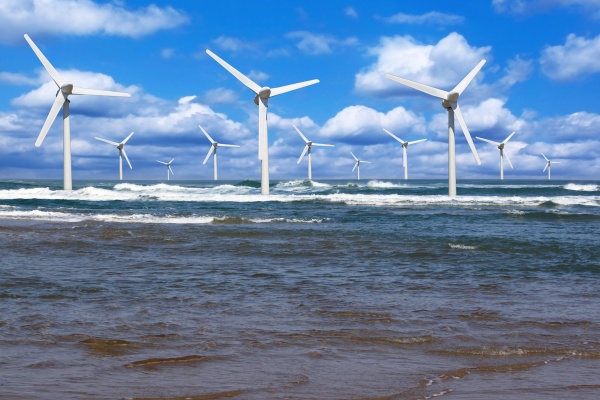 In a boost to promote green energy many enterprises are looking at prospects of using renewable energy in the form of solar and wind panels to reduce carbon emissions. In such a bid, the developer of the first major offshore project on wind farm, the Vineyard Wind has proposed to launch a wind farm that in all likelihood will generate power to more than 400,000 Massachusetts home. This is after many countries globally have stepped up their antenna in securing a carbon footprint.

Vineyard Wind in a joint venture with power company Avangrid, a unit of Spain’s Iberdrola, and Denmark’s Copenhagen Infrastructure Partner have applied for a federal permit from President Joe Biden’s administration that has pledged to boost development of renewable energy as part of a sweeping plan to fight climate change and create jobs. Through these energy efficient initiatives, the proponents of the wind farming expect the fledgling U.S. industry to experience dramatic growth.

Last year itself the operator of the world’s busiest international airport in Dubai in a joint venture announced the successful installation of a solar energy system slashing annual carbon emissions by 3,243 metric tonnes.

Another windfarm project that gained ground this week was an initiative taken by the U.K. company, Royal Dutch Shell Plc that agreed to buy a 51% stake in an Irish project to develop a floating wind farm in the Celtic Sea. This area which is off the coast of Cornwall and West Wales and South of Ireland has one of the world’s best known resources in Europe. This initiative is being considered as an ambitious launch for a rather nascent industry and is considered to be have far-reaching benefits as opposed to offshore projects with conventional fixed wind turbines as floating platforms can access stronger winds in deeper waters.

This project is expected to garner 30 million pound of funding. This farm is expected to create 300 megawatts of capacity initially and then scale up to 1 gigawatts. In the light of such burgeoning initiatives and acquisitions, the road is clearly set to regurgitate efforts on curbing climate change.

The director of the company opined that in addition to enabling us to limit their carbon footprint while cutting costs, these initiatives support long-term vision for a carbon neutral future and an ambition to become a net-zero emission business in addition to creating jobs.

Floating platforms can access stronger winds in deeper waters than conventional fixed offshore wind turbines. The Celtic Sea, which is an area off the coast of Cornwall and West Wales and south of Ireland, has one of the best wind resources in Europe.