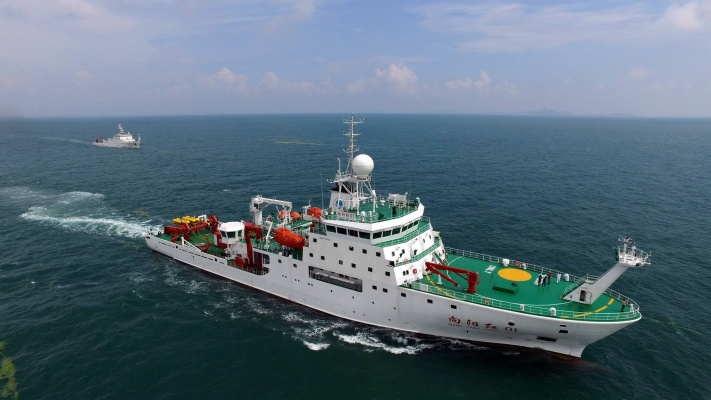 Vietnamese authorities on Thursday criticized China's plans to send a research vessel to the waters of the disputed Paracel Islands in the South China Sea.
"Any actions taken in the areas of the Hoangsha and Truongsha archipelagoes without the permission of Vietnam violate our country's sovereignty over these territories," Le Thi Thu Hang, director of the information and press department of the country's Foreign Ministry, said at a press briefing.

The speech by the diplomat was a reaction to the publication on July 7 of the Hong Kong newspaper South China Morning Post, informing that the largest and most advanced new research vessel in the PRC will make its first oceanographic expedition in October.
The publication said the vessel will sail to the South China Sea as part of Beijing's efforts to boost exploration in resource-rich waters. In particular, in the Paracel Islands region, scientists will study the characteristics of the evaporation of sea water in the region to prevent natural disasters and predict precipitation.

The South China Sea for many years has remained a zone of confrontation due to the territorial claims of a number of Asian states to the Spratly archipelago, the Paracel Islands located next to it and the waters surrounding them. Vietnam, China, Brunei, Malaysia and the Philippines are involved in the dispute over the ownership of these territories, the lack of a solution to which is the cause of a protracted multinational conflict.