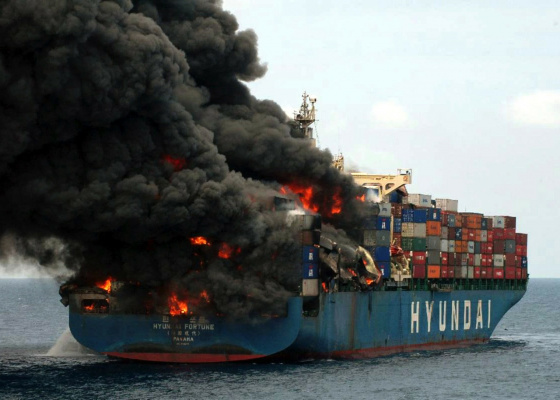 On the evening of July 7, a powerful explosion thundered in the port of Dubai (UAE). As it turned out later, one of the containers on board the cargo ship exploded.

It is also reported that a fire started on the ship as a result of the explosion. Later, the press service of the Dubai government reported that as a result of this incident, there were no casualties, in addition, the fire services that quickly arrived at the scene were able to quickly take the situation under control and localize the fire.

It is also noted that the exploded container contained flammable materials.

The crew of the ship, according to officials, was quickly evacuated to land. In addition, other ships moored next to the damaged ship were not damaged. However, medical teams were sent to the scene. Meanwhile, eyewitnesses to this incident are actively sharing videos of the incident on social networks.