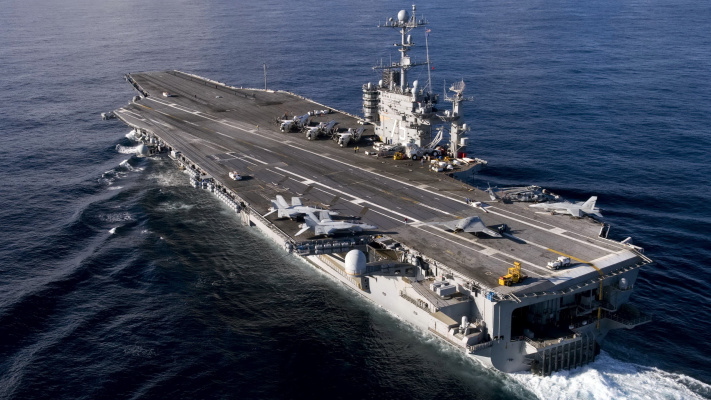 The Royal Navy aircraft carrier Prince of Wales arrived in Gibraltar on Wednesday, its command said.

Together with him, the accompanying patrol ships Pursuer and Dasher entered the Mediterranean Sea.
The nuclear submarine Artful, armed with Tomahawk cruise missiles, also entered Gibraltar the day before.

The British military did not report on the plans for further actions of the ships in the region.
Previously, a British carrier strike group led by the aircraft carrier Queen Elizabeth was stationed in the Mediterranean. On Tuesday, she carries out the passage of the Suez Canal.

In the future, this British aircraft carrier strike group, whose march will last for about eight months, must head through the Red Sea and the Indian Ocean to the South China Sea to "send a signal to Beijing" that international sea routes in the area should remain open, British media reported. ...

In addition, according to the US 6th Operational Fleet, an American carrier strike group, led by the nuclear-powered aircraft carrier Dwight Eisenhower, is currently in the Mediterranean. She returns to the United States after completing combat patrols in the Persian Gulf region.