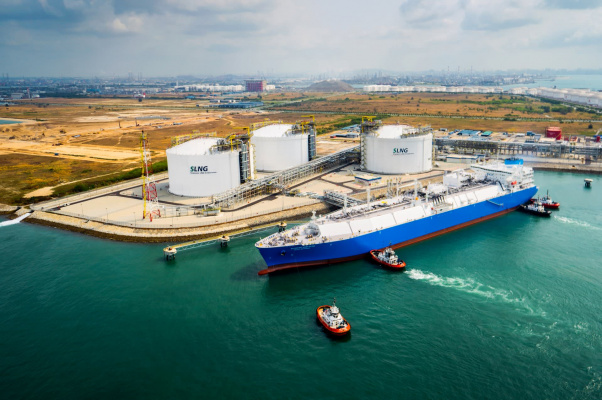 Vietnam and the United States have set up a joint company to build a liquefied natural gas (LNG) terminal in the southern Vietnamese province of Binh Thuan.
The signing of the constituent documents took place on Thursday in New York in the presence of Vietnamese President Nguyen Xuan Phuc, who is taking part in the 76th session of the UN General Assembly.

In accordance with the agreement concluded, the Vietnamese state-owned company PVGas and the American corporation AES have formed a joint company Son My LNG port warehouse limited company, which will build and subsequently operate a port terminal for receiving LNG in Binh Thuan province. The cost of this project is estimated at $ 1.31 billion, construction work is scheduled to begin in November this year.

The agreement on cooperation between PVGas and AES in the construction of an LNG terminal was part of a package of agreements in the energy sector worth almost $ 6 billion, concluded by Vietnam and the United States during the Indo-Pacific Business Forum held in Hanoi in October 2020.