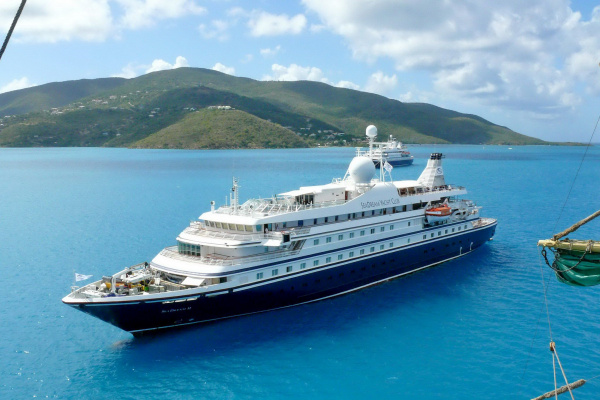 The large cruise ship Sea Dream II, with several dozen passengers, has moored today at the Marine Station in Burgas.

According to bourgas.ru, the large cruise ship Sea Dream II, with several dozen passengers, has moored today at the Marine Station in Burgas. This is the first cruise ship to arrive at the port of Burgas in the last almost four years.

Although not as large as the liners, SeaDream II impressed port visitors on a sunny Sunday with its dimensions exceeding the height of the Marine Terminal building.

The cruise ship brought several dozen foreign tourists on board to Burgas. All of them are going to visit Pomorie and Nessebar.

From Burgas Sea Dream II will head for Constanta in Romania. At the same time, this ship is still flying to Burgas on the way back, at the beginning of October.

Cruise tourism in Burgas ended abruptly in 2017 due to the annexation of Crimea and a series of terrorist attacks in Turkey. The pandemic has further exacerbated the problem. But there are already requests for the resumption of cruises through Burgas, and a revival in this direction is expected next year.

The number of drilling rigs has grown in the USA