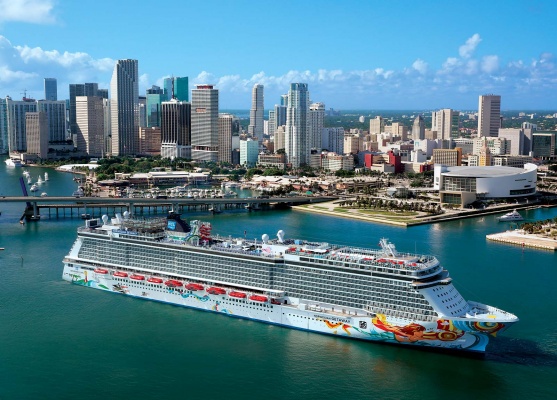 A few days ago, the most significant event for the American cruise industry happened - Florida Governor Ron Desantis won a lawsuit against the Center for Disease Control and Prevention (CDC), which effectively suspended the activities of cruise lines in the country for almost 15 months.

For Florida, whose economy is largely based on the cruise and port business (and the industry employs over 150 thousand people), the confrontation with the CDC was not just a matter of principle, but, as indicated in the English-language media, was perceived as a struggle for freedom.

With strong business backing, Desantis, a Republican governor whose political career is now booming, filed a federal lawsuit against the CDC, considering their No Sail Order destructive and even malicious.

“The CDC and the Biden administration came up with a plan to drown the cruise industry under the guise of bureaucratic delays and lawsuits,” he told the press, adding that the Center was always wrong in its decisions and all of its representatives were aware of these mistakes.

The court took into account many factors, including the fact that the American Ministry of Health was quite tough in relation to the cruise segment of the business, while at the same time making concessions, for example, to airlines, imposing strict and often unrealistic requirements for accepting passengers on board and practically did not take into account the positive experience of the started cruises in Europe.

The result of the proceedings was that, according to a court ruling in Tampa (Florida's third largest city), from July 18, all decrees and, accordingly, CDC bans in the state are only advisory in nature, and all cruise liners can go to the open sea, regardless of on the restrictions of the local Ministry of Health.

This decision, according to experts, was a response to the CDC's requirements for the mandatory presentation of vaccine passports when boarding and meeting the threshold of 95% of vaccinated passengers for the right to go to sea.

According to Florida law, all personal information about a person, which is included in the vaccine passport, is considered strictly confidential and can be provided to third parties only with the voluntary consent of the passenger.

In addition, the predominance of vaccinated passengers is viewed by many market participants as real discrimination against tourists.