Home News British destroyer was shelled in the Black Sea 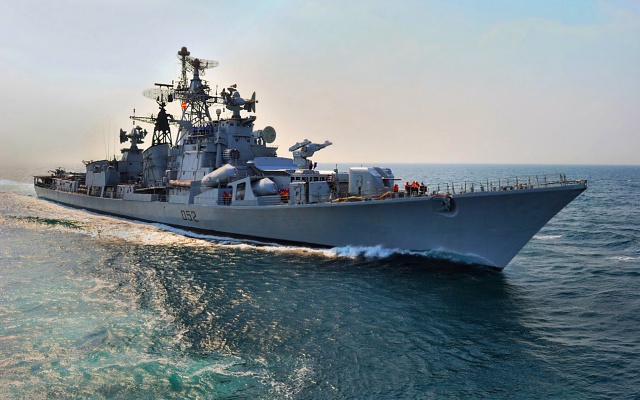 An international incident with warning firefighting and bombing occurred on Wednesday off the coast of Crimea.
Events developed rapidly, the command had a few minutes to make a decision.

The Russian military opened warning fire on a British destroyer - it violated the Russian border off the coast of Crimea. Defender entered the territorial sea of Russia for 3 kilometers.

The Ministry of Defense clarifies that the destroyer was first warned of a violation, and after the British did not react, they fired a warning salvo. The Su-24M bomber dropped several bombs in front of the intruder. Only then did the destroyer turn around.

According to article 19 of the UN Convention on the Law of the Sea, the passage of a ship is considered peaceful if it does not violate the peace, public order and security of the coastal state.

In particular, when carrying out innocent passage, any activity connected with the threat or use of force against the coastal state, with military exercises, with the collection of any information, including hydrographic and scientific, etc. is prohibited.

Judging by the fact that the destroyer turned away from the border, the British nevertheless made the right conclusions in time. Otherwise, the Russian sailors would have to open aimed fire from airborne artillery or rocket launchers.

The use of weapons in border incidents is a last resort, which the maritime powers are careful not to resort to in order to avoid escalation. But sometimes you can't do without it - the case with "Defender" is just that. British sailors clearly deliberately went to provocation and aggravation, violating the maritime boundaries of a sovereign state and thereby the basic norms of international maritime law.