Home News US Navy will send the dredging team to Egypt 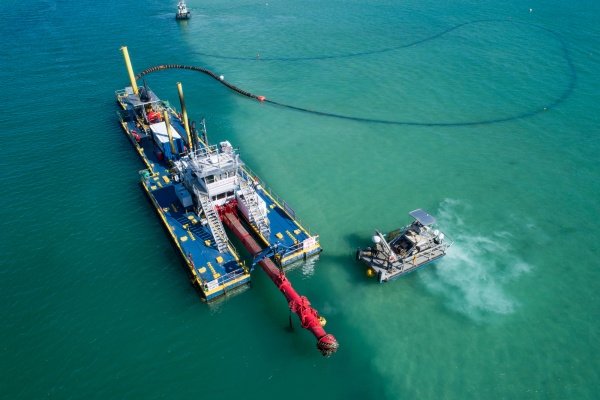 The US Navy will soon send a dredging team to Egypt to advise the Egyptian authorities on how to return the ship Ever Given, which has blocked the Suez Canal, back to the channel.

This was announced on Friday by CNN TV channel with reference to two Pentagon representatives.
According to him, specialists will leave for Egypt no later than Saturday, March 27.

The container ship Ever Given, which is owned by the Japanese company Shohei Kisen and sails under the Panamanian flag, blocked the single-haul southern part of the Suez Canal on Tuesday, changing course due to strong winds and sandstorms and rested its bow and stern on opposite banks of the channel ... On Friday, the canal staff continued to work to clear the way and re-place the ship with a displacement of 220 thousand tons and a length of 400 meters on the fairway. Specialists of the company SMIT ("Smith"), which specializes in marine rescue operations and is part of the concern Boskalis ("Boskalis"), were involved in the unblocking operation. In addition, the Japanese company Nippon Salvage is involved in it. The United States and Turkey have already offered their help.

A day after the incident, when it became clear that it would not be possible to quickly remove the vessel from the aground, oil prices on the world market rose by 6%. Currently, more than 10 tankers with 15 million barrels of oil are queuing up to pass through the canal. According to optimistic forecasts, it will be possible to open the way through the channel on Saturday evening, skeptics say that the blocking of the channel may last for several more days.