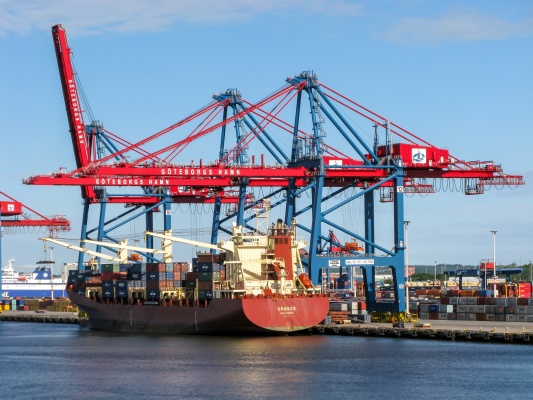 In the Swedish port of Göteborg at the container terminal from May 15, 2021, the weight of all arriving laden sealed Maersk and Sealand containers will be checked and a VGM declaration on confirmation of the gross weight of the export container will be issued.

Maritime safety regulations and container weights are regulated by the International Maritime Organization - the International Convention for the Safety of Life at Sea (SOLAS). The organization's guidelines mean that shippers are required to indicate the exact weight of a container in accordance with the VGM standard. To simplify the process for its customers, terminal operator APM Terminals Gothenburg now offers a safe and seamless service for weighing containers and issuing VGM declarations in accordance with the SOLAS convention. The first to connect to the VGM service was the largest client of APM Terminals - Maersk.

The largest port and terminal operator APM Terminals (headquartered in The Hague, The Netherlands) is part of A.P. Moller-Maersk A / S. The main activity of the company is the design, construction, management and operation of seaports and terminals independently or through joint ventures, as well as dry terminals within its network of 75 terminals located in ports of 67 countries and over 117 domestic logistics services. They handle 250 ships daily and 40 million TEU per year. The company employs 21 thousand people. APM Terminals is also the largest port and terminal operator in Africa, managing 12 assets in 10 countries on the continent, including transshipment points in Tangier, Morocco and Port Said (Egypt).