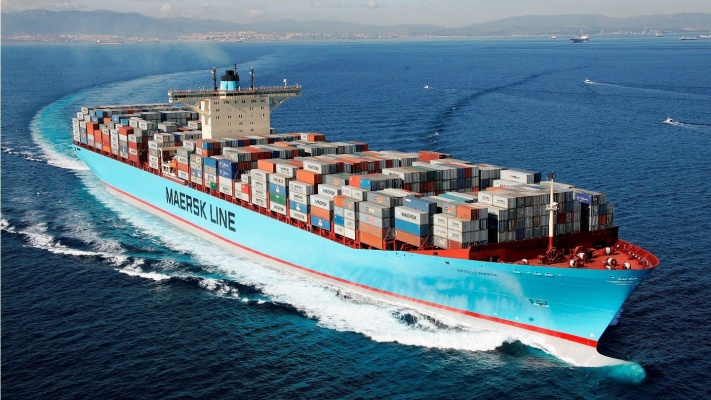 Nine vessels of the Danish company Maersk, specializing in sea cargo transportation and servicing of port terminals, are awaiting the opening of the passage through the Suez Canal. This was reported in her press release on Thursday.
“Currently, Maersk container ships and two partner vessels are anchored in the area awaiting re-opening of the passage. We are monitoring closely. for operations on refloating and are currently considering all possible alternatives, "- the message says.

The headquarters of the company, which employs about 79 thousand people, is located in Copenhagen, subsidiaries - in more than 135 countries around the world. In 2018, Maersk had an 18% share of the container shipping market and is the world leader in this area.

Let us remember that one of the largest container ships in the world, Ever Given, flew under the Panamanian flag on Tuesday morning in a strong sandstorm, ran aground, turned it around, causing it to rest its bow on one side and aft on the other. As a result, the vessel with a displacement of 220 thousand tons and a length of 400 meters completely blocked the navigation along the canal. Eight tugboats were trying to unblock the new channel of the waterway in order to turn the vessel around and take it aground. Over the past two days, this was only partially done.

The blockage of the canal has already led to an increase in oil prices, as by Wednesday evening at least 10 tankers with 15 million barrels of crude oil were stuck in front of the southern gate of the canal.

The Suez Canal carries 12% of the world's cargo traffic and is also one of the busiest waterways for oil tanker shipments worldwide. 8% of ships carrying liquefied gas pass through it. In total, 19 thousand ships per year follow the canal, or more than 50 per day.