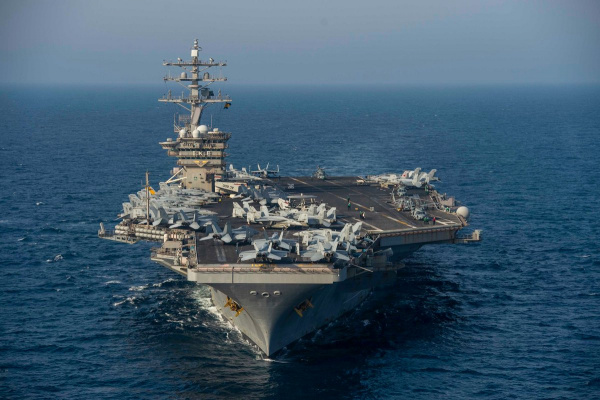 The US Navy cannot commission its flagship aircraft carrier, Gerald R. Ford. The nuclear-powered ship was again sent for repairs, and did not fully enter the fleet.

Gerald R. Ford is one of the most problematic US Navy projects in history. It was laid down in 2009 and launched in 2014, spending about $ 13 billion, but so far the aircraft carrier has not yet entered service, being listed in the American fleet only nominally. It was planned to enter service in 2014, but the procedure was postponed until the fall of 2016, but even then the ship failed the check.
Only in the spring of next year, the aircraft carrier was able to go to sea, but a breakdown was immediately revealed, which required lengthy repairs. At the ship, the prop bearings of the propeller shafts came out of standing. Their replacement was carried out with difficulties, since the necessary parts were not available. This happened due to the coronavirus pandemic. The epidemic has led to the halt of many production processes and to the disruption of supply chains for components.

To get the necessary parts, they had to be borrowed from another ship under construction under the CVN-79 project - "John F. Kennedy". The US Navy's flagship nuclear-powered aircraft carrier, Gerald R. Ford, has a displacement of about 100,000 tons. It is capable of carrying on board up to 90 fighters and helicopters simultaneously. However, so far the most expensive ship in the history of the US Navy is virtually incapable of service.