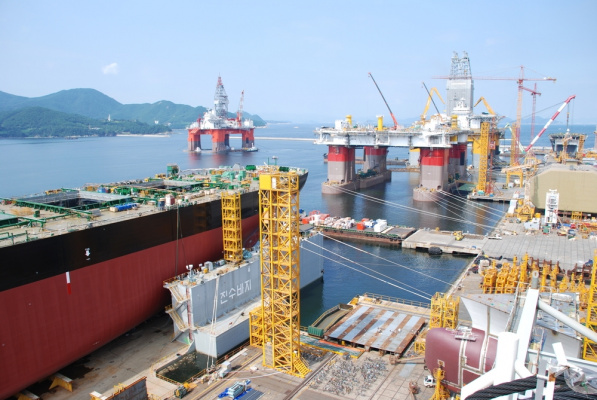 While China continues to lead in the number of contracts for the construction of container ships, South Korean shipyards are able to attract more and more orders for LNG tankers. Meanwhile, according to the latest statistical studies, the growth rates of demand for these ships have increased significantly, while the demand for container ships has slowed down.

So, just the other day, the South Korean company Daewoo Shipbuilding & Marine Engineering (DSME) announced the conclusion of contracts for the construction of six LNG tankers for a total of 1.5 trillion. won (about $ 1.3 billion).

According to preliminary data, the customers were two shipping operators from North America, which signed contracts for the construction of two and four LNG tankers, respectively. The capacity of each of the six vessels will be 174 thousand cubic meters. m of liquefied natural gas. Their construction will be carried out at the Daewoo Shipbuilding in Okpo, and the handover to the owners is scheduled for the first half of 2025.

Thanks to the receipt of these orders, the total value of the company's new building portfolio since the beginning of 2021 exceeded $ 10 billion for the first time in seven years.Thus, by the beginning of December, Daewoo Shipbuilding managed to significantly overfulfill its financial plan for 2021, which provided for attracting orders for $ 7.7 billion

Four more large LNG tankers with a capacity of 174,000 cubic meters each. each, Daewoo Shipbuilding plans to build for the Japanese shipping company Mitsui O.S.K. Lines. A special feature of the order is that the operator intends to use these tankers for the transportation of LNG in the Arctic seas. To ensure trouble-free operation in low temperature conditions, the gas tanks of these vessels will be equipped with a special membrane insulation system developed by the French company GTT. The delivery of tankers to the customer is planned to be carried out in stages, starting from 2024.

In total, the number of orders received by Daewoo Shipbuilding from January to December of this year - 20 container ships, 15 LNG tankers, 11 oil supertankers of the VLCC type, 9 super-large LPG / LPG tankers, one vessel for installing turbines of offshore wind farms, one submarine and two processing platforms.