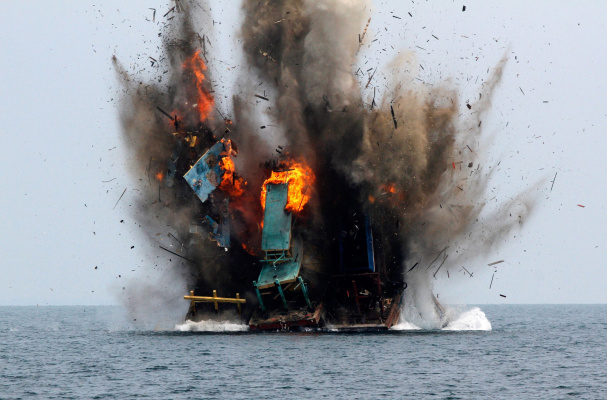 The US Navy destroyed the frigate: the vessel split in half and sunk.

It became known that the US Army Servicemen off the coast of Hawaii attacked the Oliver Hazard Perry frigate in the framework of Sink Exercise (Sinkex).

It is reported that several missile strikes were inflicted on the military ship, after which the Mark 48 torpedo was released.

As you know, according to the publication, the frigates Oliver Hazard Perry were built since the 1970s. The ships of this type still serve in the Navy of a number of countries, in particular Turkey, Australia, Egypt and Poland. The Ingraham ship is the last of the produced in the series, it was derived from the American fleet in 2015.

As for Sinkex, this is a test of various arms systems, typically including a torpedo or rocket attack on the target ship. In the US naval forces, this is held for the training of modern weapons.