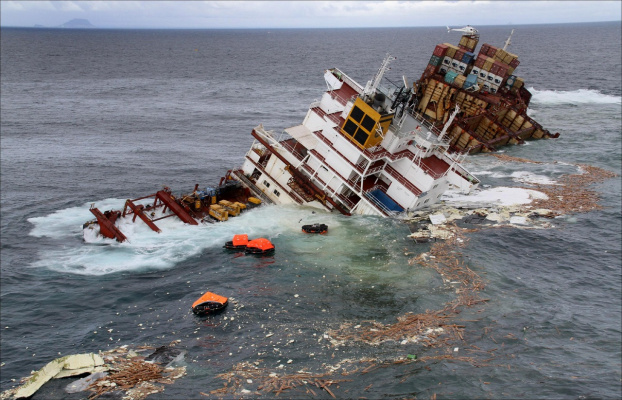 In the territory of Klaipeda municipality, in the river Dana, the ship Ole Willassen is sinking again, Klaipeda Port Authority reports.

The dispatcher of the port received a message about this at 11.16 o'clock, the information was transferred to the municipality and nature protection inspectors.

Booms were installed around the vessel, while there are no traces of contamination on the water. No people were hurt. They plan to pump out water from the vessel, but the main thing is to raise it. "We agreed on the pumps on Tuesday. The vessel must be raised, it cannot remain in the water.

It was already planned to send it to the dock," the captain said. Klaipeda Mayor Vytautas Grubliauskas said that specialists are being called to the scene where the historic ship Ole Wilassen is sinking.

In addition, they plan to contact law enforcement agencies. This ship, built in 1948 in Norway, sank a month ago.