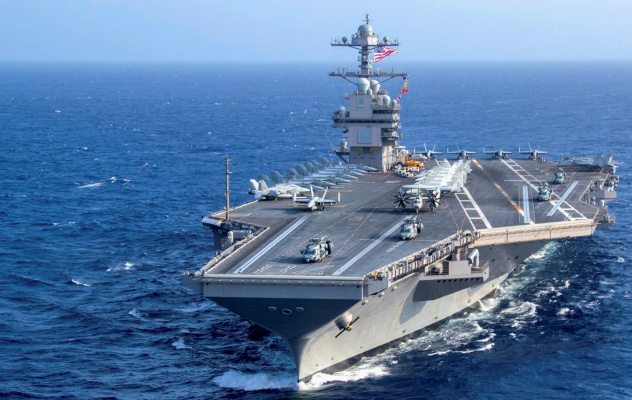 It became known about serious problems due to which the most promising project in the past does not have a bright future.

US Navy Chief of Naval Operations Michael Gilday said that the most expensive aircraft carrier in the history of world shipbuilding, Gerald R. Ford is not ready for the tasks due to the presence of a huge number of problems.

For many years, Gerald Ford was touted by the American media as the most promising aircraft carrier project. It was developed using a wide variety of technological solutions. However, not all new technologies have proved to be efficient. Many of them didn't even pass the tests. As a result, the cruiser lags significantly behind in its life cycle. 23 technologies embedded in the ship were not ready for use.

According to the general, the creators of the aircraft carrier made many critical mistakes. They are connected with the fact that the approach to the implementation of the project was not too deliberate. Gerald Ford's future is at stake, Popular Mechanics writes.

Port of Rosario suffers due to low water level

Ancient Roman ship was found off the coast of Sicily