US claims Iran hijacked tanker in Gulf of Oman 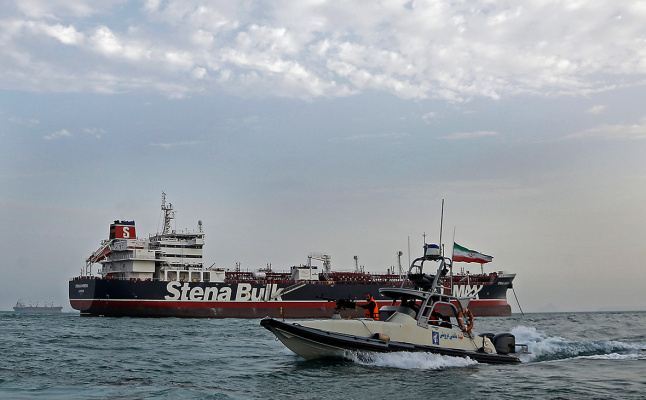 Iranian forces last week hijacked a tanker in the Gulf of Oman, but the US military was only monitoring the incident, Newsweek magazine reported Wednesday, citing an unnamed Pentagon official.

Meanwhile, Newsweek recalls, Iranian media reported on Wednesday that the United States had previously confiscated a tanker with Iranian oil in the Gulf of Oman and transferred it to another tanker. In response, the Islamic Revolutionary Guard Corps (IRGC) of Iran boarded a helicopter on a second ship, intercepted control of it and sent it back to Iranian waters. Despite the fact that US ships and aircraft rushed in pursuit of the vessel, it reached Iranian waters on October 25.

"We reject Iran's claims that they did not allow us to return this ship back. This is the crux of the matter. It happened last week. The US Navy in the Gulf of Oman watched as Iranian naval forces seized an oil tanker," he said Newsweek spokesman for the US Department of Defense.

According to him, the United States, which did not intervene in the incident, watched as Iran sent 10 speedboats and a helicopter to intercept the vessel. Nevertheless, the American side last week decided not to publicize the case due to some "sensitive details."

"Iran is now turning this against us, stating that it prevented us from recapturing this ship, when it is absolutely clear that our forces were just watching the situation," the source said.

At the same time, Newsweek recalls that the United States has repeatedly confiscated oil tankers on charges that their crews violated American sanctions against Tehran, which prohibits it from exporting natural resources.

China has tested electromagnetic catapults for a new aircraft carrier