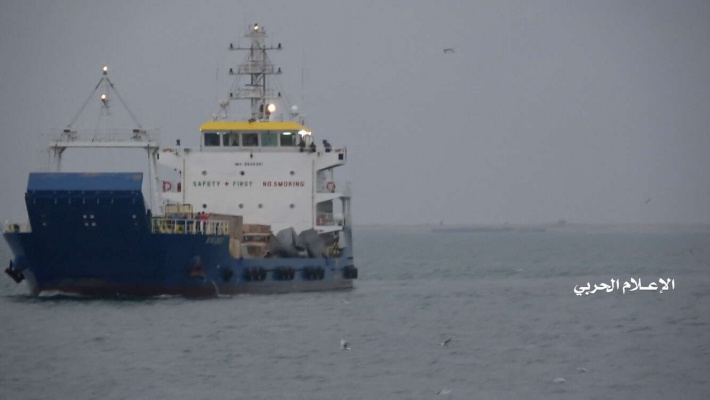 The vessel had on board medical equipment and medicines for the Saudi hospital.

The vessel had on board medical equipment and medicines for the Saudi hospital.

Houthi rebels seized a cargo ship flying the flag of the United Arab Emirates. This is reported by the Arabian coalition, led by Riyadh. The seizure took place near the city of Hodeidah.

The seizure was also confirmed on social networks by the leader of the rebel organization Yahya Saria. According to his Twitter message, the vessel allegedly entered the territorial waters of Yemen without a license to "commit hostile acts."

Last year, an Israeli merchant ship was attacked with unidentified weapons in the northern Indian Ocean. The incident occurred when the ship was heading from the port of Saudi Arabia to the UAE.