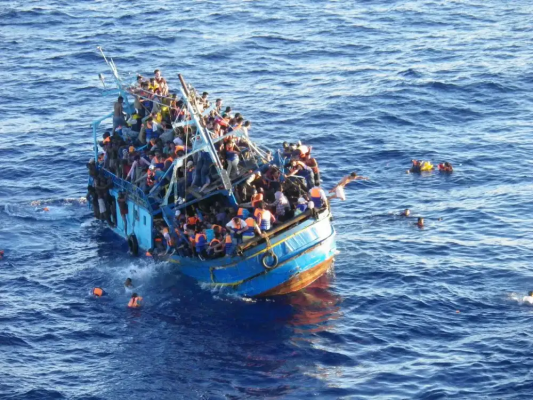 The Indonesian Government has decided to grant refugee status to representatives of the Rohingya Muslim minority from Myanmar, whose vessel was in distress.

Local authorities and others report that a wooden vessel carrying about 120 Rohingya broke apart and was found drifting in waters off the coast of Aceh province in western Indonesia on Sunday.

The video footage shows that most of the passengers of this crowded vessel are women and children.

Due to the fact that this vessel could reportedly sink, the Office of the United Nations High Commissioner for Refugees, Amnesty International and others called on the Indonesian government to grant these people refugee status.

Representatives of the Rohingya in Myanmar have been experiencing difficulties and living in difficult conditions for several years. After the persecution and suppression by the military in 2017, more than 700 thousand Rohingya left the country, fleeing to neighboring Bangladesh.

The military coup in Myanmar, which took place in February, dashed their hopes for an early return to their homeland. Because of this, more and more Rohingya are rushing to Malaysia and other countries, resorting to the help of smugglers at sea.

However, some are banned from entering these countries. Also, people probably die at sea as a result of the wrecks of their ships.

MSC vessel with 1000 containers on board was sent to quarantine