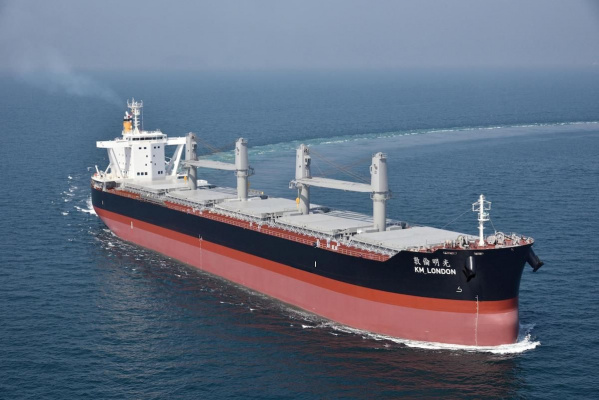 And in addition to the production of full-fledged heavy-cargo vessels running on ammonia fuel, prudent shipbuilders are preparing in advance to create appropriate bunkering facilities for this very fragrant, but environmentally friendly fuel.

The Japanese company Sumitomo Corporation (SC) has officially announced its plans to build the world's first bulk carrier. The project was created in cooperation with specialists of the shipbuilding company Oshima Shipbuilding, also from the Land of the Rising Sun.

It is assumed that the new vessel with a deadweight of 80,000 tons, a length of 228 (751 ft.) and a width of 32 meters (106 ft.) will have seven spacious cargo holds with automatic loading and unloading lines. Details of the design of the main propulsion system have not yet been reported, it is only known that the maximum speed of the "ammonia" bulk carrier will reach 14.3 knots.

According to the developers, the vessel will be ready for commercial operation by 2025, and its operator will be one of its creators – Sumitomo Corporation.

In addition to this, SC is exploring in advance the possibility of creating an appropriate bunkering base. In cooperation with the Singapore corporation Keppel Offshore & Marine, Japanese shipbuilders are developing a project to create the necessary capacities and transport infrastructure in the port of Singapore, which is planned to be implemented by mid-2020.

It is worth noting that the declared project is the first in the world practice to create a large transport vessel on ammonia fuel, which is not a chemical tanker and, therefore, will not be able to use part of the transported cargo as fuel.

Natuna safety will be a priority for Indonesia