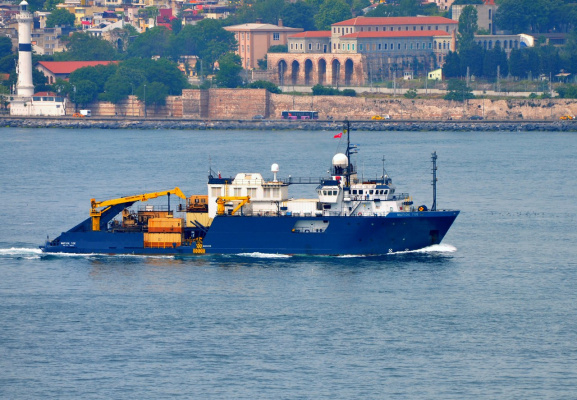 The Turkish Navy vessel expelled the foreign research vessel Nautical Geo, which violated the borders of the country's continental shelf in the Mediterranean Sea. This was reported on Monday by the Turkish Ministry of National Defense.

The report recalls that the Turkish authorities issued an international notification Navtex (international automated warning system) on September 29 in connection with the illegal plans of a research vessel, used by the authorities of the Greek community of Cyprus, Anadolu reports.

The Maltese flagged vessel Nautical Geo was to cover the waters of Turkey. The company operating the ship is based in Italy, which is why Ankara undertook diplomatic efforts in Rome. The Turkish side stressed that all actions of ships in this part of the Mediterranean Sea must be coordinated with Ankara without fail.

Despite this, on the morning of October 3, Nautical Geo crossed the borders of the Turkish continental shelf, in response to the fact that preventive actions were taken and one of the Turkish naval vessels moved into this sector of the Mediterranean. A military vessel expelled the intruder out of the country's waters.

A missile destroyer was launched in the United States