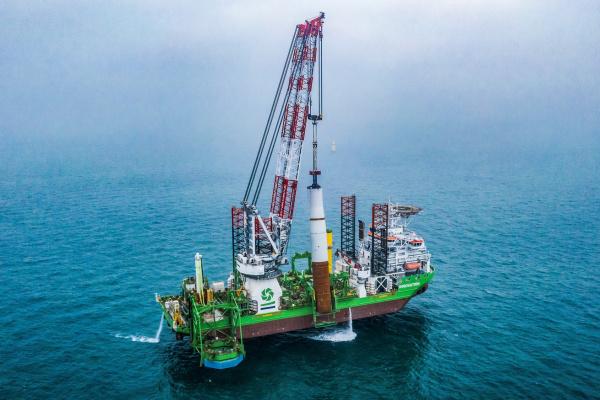 International offshore engineering contractor Van Oord has ordered a jack-up crane vessel to install complex heavy structures in offshore wind farms. According to the press service of the company, the jack-up vessel will install foundations and wind turbines with a capacity of up to 20 MW while ensuring low carbon dioxide emissions.

The vessel, which is being built at the Yantai CIMC Raffles (China) shipyard, should be commissioned in 2024 and will be registered under the Dutch flag. The contract includes an option to build a second vessel of this project.

The project was developed by the Danish design bureau Knud E. Hansen. Huisman heavy crane and other technical equipment are supplied to the shipyard by various suppliers and installed on site.

In the future, the vessel will be able to use methanol as a marine fuel, which will reduce CO2 emissions by more than 78%. It will also be equipped with a selective catalytic reduction system to reduce nitrogen oxide emissions. Battery units with an installed capacity of 5,000 kWh will be able to withstand peak loads and recover energy to further reduce fuel consumption and emissions.