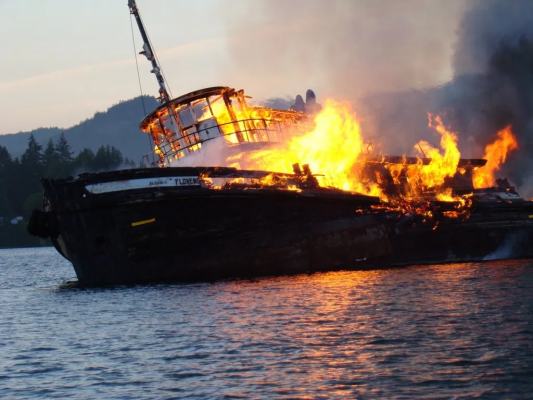 A fire broke out on a tugboat near the port of Piun on the western coast of South Korea, the Joseon Ilbo newspaper reported, citing local coast guards.

According to the newspaper, a tug with a displacement of 94 tons caught fire at 11:05 on July 31. The tug was at a distance of 6.5 kilometers from the port of Piin.

Rescue services dispatched eight of their vessels to the scene, and at the same time requested assistance from local fishing boats.
The fire was extinguished, and four people from the burning ship were rescued.

Merchant ship was attacked off Oman