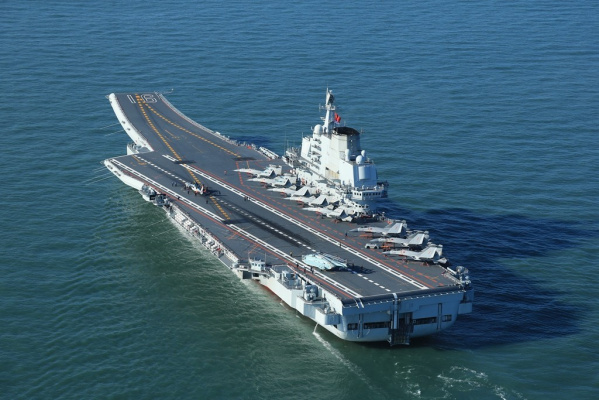 The Japanese Armed Forces consider the use of aircraft carriers and carrier-based aircraft to be a necessary part of their military efforts in the Pacific Ocean.
According to TASS, this was stated on Monday by the Minister of Defense of the country Nobuo Kishi during a visit to the Izumo helicopter carrier, which is now being re-equipped for use as a light aircraft carrier.

"The use of combat aircraft from the deck of ships," the Kyodo news agency quotes the minister, "is necessary for defense, including in the vast expanses of the Pacific Ocean." The head of the military department, the agency notes, in this regard, was informed about the first exercises on takeoffs and landings on the Izumo deck of the F-35B (Ef-35-bi) combat multipurpose aircraft of the US Marine Corps held in October.

This ship was accepted into the Japanese Navy in 2015, and in 2017 the second helicopter carrier of this class, the Kaga, entered service. Their displacement is 19.5 thousand tons, length is 248 meters. Now they are capable of carrying 14 helicopters, as well as delivering up to 470 troops to the site of operations. After the conversion, the ships will be able to receive 10 F-35B combat aircraft, capable of short takeoff and vertical landing.