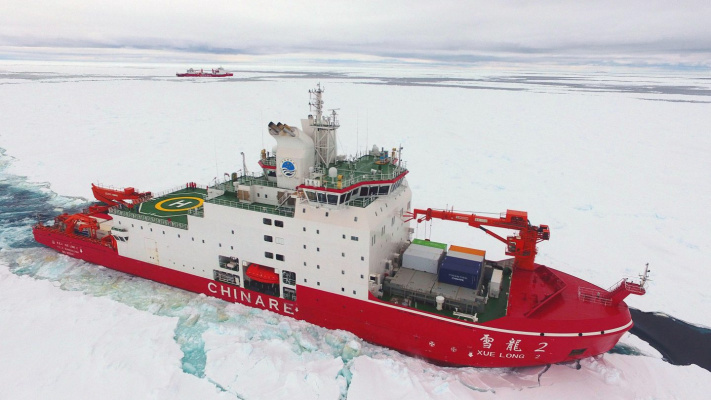 The Chinese icebreaker Xuelong set off on Friday from the port of Shanghai for the 38th research expedition for the PRC to the South Pole. This is reported by the information portal "Pengpai".
The oldest Chinese icebreaker, acquired from Ukraine in 1994, will carry 154 crew members, including scientists and researchers, on board. The return of the icebreaker to China is scheduled for mid-April 2022, TASS reports.

The mission's task will be to conduct research related to global climate change, atmospheric phenomena, hydroclimate, ecology and in a number of other areas, including monitoring the level of plastic pollution of the ocean. The icebreaker will also deliver shift personnel to the Chinese polar stations Zhongshan and Changcheng.

The previous 37th Chinese expedition to the South Pole took place aboard the newest icebreaker Xuelong-2, which returned to Shanghai in May this year after seven months at sea.

China is an active participant in polar research. China has been studying Antarctica since 1984 and has noticeably intensified its efforts in this direction in the past few years. At the moment, China has four stations there - Changcheng, Zhongshan, Kunlun and Taishan. The latter was opened in 2014.

Police will switch to electric boats