Police will switch to electric boats 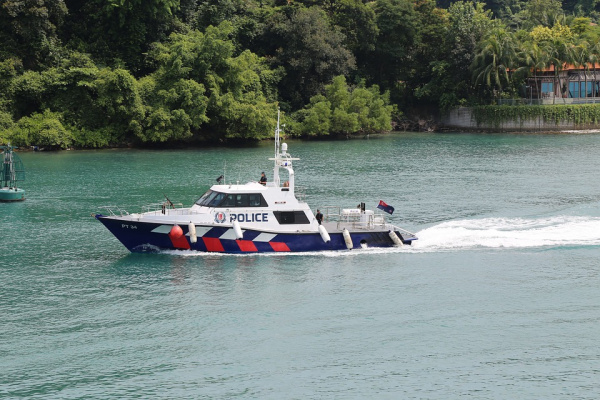 Three patrol boats with electric motors were immediately received by the law enforcement agencies of the Kingdom of the Netherlands.
According to the information provided by the shipbuilding company Damen Shipyards, a solemn ceremony of the baptism of three modern patrol boats of the project 1304, using exclusively electric energy for propulsion, was held in Amsterdam.

Two of them, built by order of the Amsterdam municipality, were named Waterpieper and Waterhoen, and the third - license plate P55 - went to the local police. The main purpose of the new boats will be to keep order in the inner city water area of Amsterdam.

The implementation of the project became possible thanks to mutually beneficial cooperation between Dutch and Polish shipbuilders. Thus, the hulls of the ships were manufactured at the Polish shipyard Kozle, and the final completion, equipment and fittings were made at the Damen plant in Hardingsveld.

The boat is 13.5 meters long and is powered by a 130 kW electric motor. The capacity of the batteries for the municipal service ships is 273 kWh, and the battery capacity for the police boat is 136 kWh.

According to the manufacturer, the boats can reach speeds of up to 16 km / h and carry out patrol duty all day without additional recharging. At the same time, the police officer P55 is additionally equipped with a traditional diesel generator. This allows the battery to be recharged on the fly if necessary and contributes to a significant increase in the range.

Earlier, in 2004, the company transferred Project 1304 boats equipped with conventional diesel engines to the municipality of Amsterdam, and in 2013 - the first vessel with a hybrid engine. In the future, Damen plans to expand the supply of ships exclusively with electric motors, which are recognized as optimal for patrol duty on the city's canals and are 100% environmentally friendly. So, two more patrol electric boats of the same project are supposed to be handed over to the customer in 2023.