The world's most modern cable-laying vessel 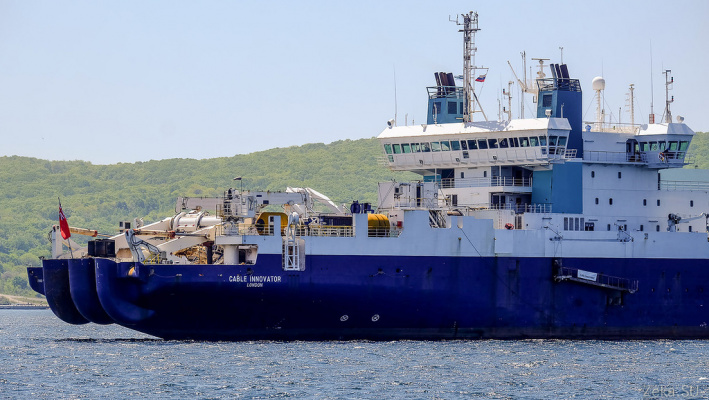 The Prysmian Group, the world leader in the cabling industry, launches the unique Leonardo da Vinci.

Leonardo da Vinci is an asset that will add to the existing Prysmian fleet. This will allow you to work more efficiently in projects for the development of green energy systems around the world.

The first mission entrusted to the new vessel is the laying of the Viking Link submarine cable between the UK and Denmark, the world's longest power connection.

Later this year, the vessel will work on projects such as connecting underwater power plants between the Spanish islands of Lanzarote and Fuerteventura and the Saint-Nazaire offshore wind farm in France.

The ship is about 170 m long and about 34 m wide and has the ability to deep-water at a depth of more than 3000 m. It is specially designed to use only marine diesel fuel with a sulfur content of less than 0.1%. The ship can sail without geographic restrictions, in accordance with the latest requirements of IMO 2020 (sulfur limit <0.5%) and ECA (sulfur limit <0.1%). In addition, the vessel is equipped with more than 80% powerful lighting fixtures with low consumption LED lamps, which leads to a reduction in emissions from generators.

2 carousels with a lifting capacity of 7,000 and 10,000 tons provide the highest productivity in the world and reduce the time of transportation from the factory. To increase the flexibility of operation, two independent laying lines are installed. Pole pulls of over 180 tonnes allow for complex installation operations and support a variety of cable routing tools. The vessel is also equipped with the most modern DP3 systems for positioning and sea tracking. All equipment for the transport and installation of cables was developed by Prysmian.

The high payload and navigation speed of the Leonardo da Vinci also significantly reduces the number of cable installation runs on any project. Thus, the reduction in transit time required results in an overall reduction in CO2 emissions and fuel consumption by about 40% compared to a traditional cable laying vessel.