Home News The US Navy received an unusual vessel 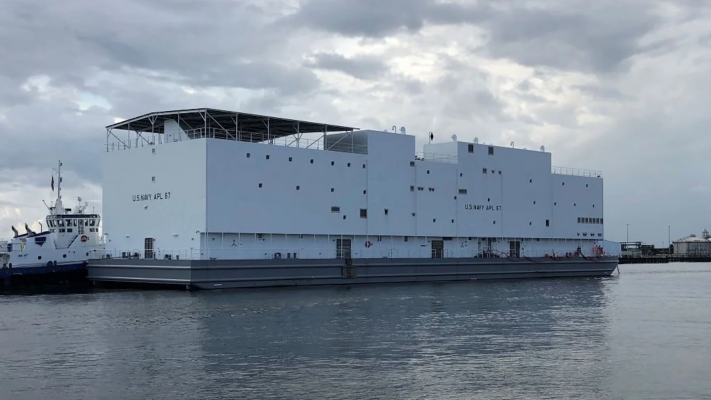 The US Navy has received an unusual brick-like vessel, writes Popular Mechanics.

According to the magazine, the APL 67 floating barracks is intended for temporary accommodation of sailors in the event that their main ship is unsuitable for being on it, for example, is under maintenance.

The publication notes that the APL 67 is devoid of engines and weapons. The floating barracks are over 267 meters long and 20 meters wide. The height of APL 67 is estimated at about four floors above the water. The vessel is capable of accommodating 56 officers and 228 privates. APL 67 has, inter alia, toilets, lounges, laundry facilities, a hairdresser, a fitness center and medical offices.

The APL 67 is currently being transported from Pascagula, Mississippi to San Diego, California, from where the vessel is to travel to Yokosuku, Japan.

Popular Mechanics recalls that the US Navy has several such floating barracks located in various regions of the world.

Poland will build three frigates for its navy