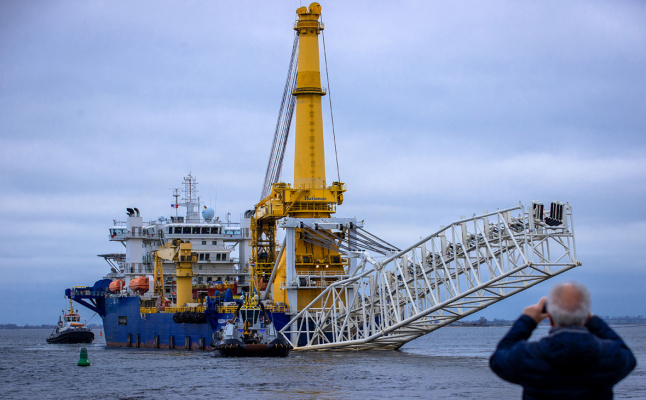 The US Treasury Department has imposed sanctions against Transadria and the Marlin vessel, which are involved in the implementation of the Russian Nord Stream 2 gas pipeline. This was reported on the website of the department.

Transadria Ltd, a Cyprus-based organization, has been added to the SDN (US government sanctions / embargo measure against terrorists designated by the US, officials and beneficiaries of certain authoritarian regimes and international criminals).

“The following vessel has been added to the SDN OFAC list: Marlin - a naval support vessel under the Russian flag <…> (associated with: Transadria Ltd),” the ministry added.
In early November, a group of Republican senators proposed new sanctions against the pipeline. The initiative included an amendment to the National Defense Authorization Act (NDAA) for fiscal 2022.

US Secretary of State Anthony Blinken announced on November 23 the introduction of new sanctions against Transadria Ltd and two more vessels that are related to the construction of Nord Stream 2.

He specified that the company will be subject to the sanctions provided for by the European Energy Security Act (PEESA), and its vessel Marlin will be recognized as “confiscated property”. The State Department did not name the second ship. According to Bloomberg, Washington views Transadria as a dummy Russian company.