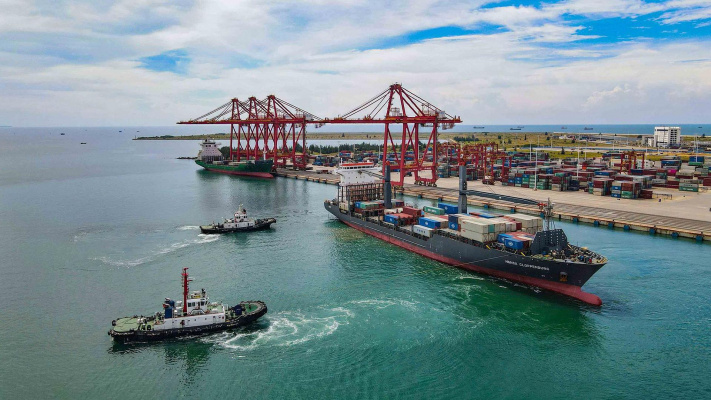 Refueling point will serve LNG-fueled CNOOC vessels
China's first liquefied natural gas (LNG) refueling station has been commissioned in Hainan province. According to TASS with reference to the Hainan Daily newspaper, the new infrastructure is located in the port of Matsun, Chengmai county in the north of the island.

The filling station was built by one of the divisions of the China National Oil and Gas Marine Corporation (CNOOC). This station can fill ships with LNG for a total of 25 thousand tons per year.

“The commissioning of a ship-based LNG filling station at Matsun Port has laid a solid foundation for the future of the industry,” quoted Wei Hua, director of the Consulting and Evaluation Center at CNOOC's Energy Economics Research Institute. According to him, the introduction of ships powered by LNG can effectively reduce emissions of sulfur and nitrogen oxides, which will have a positive impact on the preservation of ecosystems in Hainan and the South China Sea.

The station began work in test mode on March 15 of this year. Since then, it has successfully refueled ships safely 12 times. In the future, this filling station will serve the LNG-fueled CNOOC vessels.

China's National Oil and Gas Marine Corporation plans to build a network of LNG filling stations in Hainan. The company plans to facilitate the transition of local vessels from diesel to natural gas.

Hainan pays increased attention to environmental protection and the development of sustainable transport. Local authorities are promoting investment in infrastructure for alternative energy vehicles. According to the latest data, their number on the island has exceeded 900 thousand.