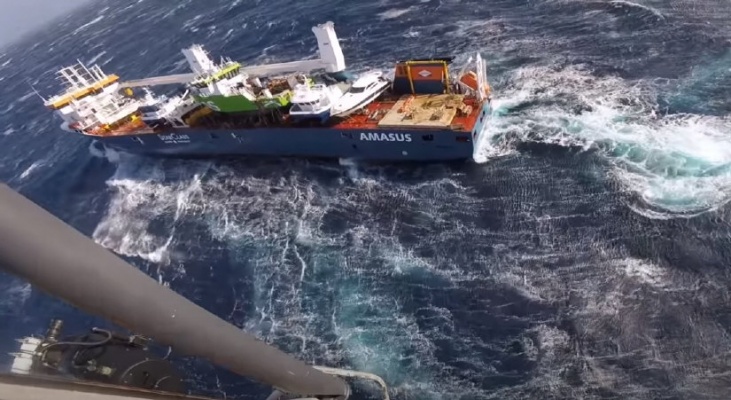 The Norwegian Coast Guard said the towing of Eemslift Hendrika from the Netherlands, which was carrying oil and diesel fuel and lost speed off the coast of Norway on Monday, has been postponed due to poor weather conditions at sea.

It is known that the ship did not sink and all the sailors were rescued, but it needs to be towed as soon as possible. Unfortunately, the weather conditions have worsened quite a lot in the last few days, so it can only wait.
"Due to weather conditions in the area where the vessel is located, the towing activities have to be postponed until Thursday. The weather conditions are forecast to improve tomorrow, so there is a high probability that the operation will be successful," the statement said on Wednesday.

It is said that the ship sent a distress signal on Tuesday, and its crew was evacuated. The ship carries about 350 tons of heavy oil and about 50 tons of diesel fuel. The main rescue department of Norway on Tuesday feared that due to the strong list, there is a danger of the vessel overturning and the fuel that it carries into the sea. In the place where the ship was located, there were bad weather conditions - strong wind and high waves.