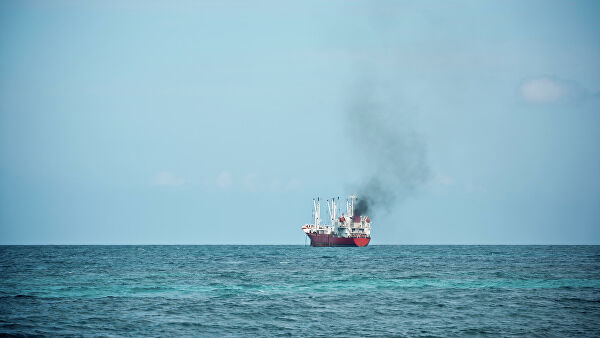 A terrible accident occurred on one of the Iranian ships, the cause of which has already been clarified. The accident on the Iranian ship "Saviz" in the Red Sea was the result of an explosive device on board.
It is noted that this is a support vessel for Iranian warships that accompany merchant ships in the Red Sea. The explosive device could be a mine attached to the hull of the ship,
Tehran confirms the information about the explosion on the Iranian ship "Saviz" in the Red Sea, the reasons for which are being investigated.
According to TASS, this was stated on Wednesday by the official representative of the Iranian Foreign Ministry, Said Khatibzade.
"The Iranian merchant ship Saviz was slightly damaged as a result of an explosion in the Red Sea off the coast of Djibouti on Tuesday," the ministry's press service quoted him as saying. The diplomat added that "the reasons for the explosion are being investigated."

According to him, "there are no victims or injured as a result of the incident." "At the moment, technical work is underway to clarify the causes and origin of the incident, and our country will take the necessary measures in this regard in international bodies," Khatibzadeh added.
He noted that "Saviz" is a civilian vessel that was sent to the Red Sea and Gulf of Aden region to ensure the safety of sea routes and counter piracy. "" This vessel actually served as a logistics station (technical and material support) of Iran in the Red Sea, - he said.

Moreover, the United States has denied any involvement in the accident on the Iranian ship Saviz in the Red Sea.
Therefore, the causes of the incident continue to be clarified, however, it is reported that no threats to the crew and the environment have been identified yet.