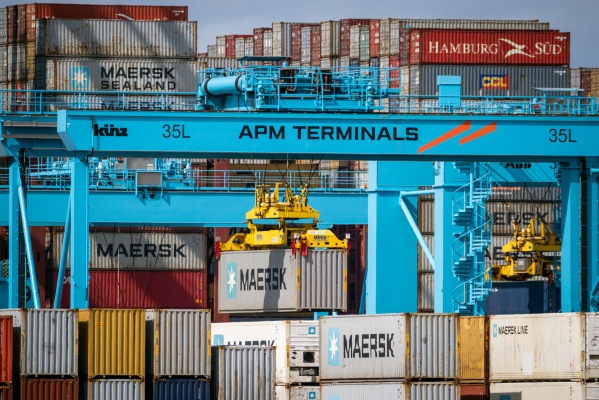 It is known that loading and unloading operations at the APM MedPort Tangier terminal in the Moroccan port of Tangier Med began in 2019. $ 800 million was spent on the construction of the terminal. According to the press service of APM Terminals, the second phase of the expansion project is currently starting, which will increase the terminal's capacity by another 1 million TEU.
The opening ceremony of the terminal, which was attended by Crown Prince Moulay Hassan, took place in June 2019. Already in 2020, APM Terminals MedPort Tangier handled more than 2.2 million TEU of cargo at the terminal. The capacity exceeded 30 crane movements per hour.

At the first stage, a berth with a length of 1.2 thousand meters was built at the terminal.At the moment, a number of changes are being made, such as expanding the terminal's capabilities, and the second stage involves an increase in the length of the berth wall by 400 m, increasing the total length of the berth to 1.6 thousand m. This will make it possible to increase the transshipment of 1 million containers in order to reach the project's design capacity of 5 million TEU.
This investment project marks a milestone in a long-term partnership between Morocco and the Maersk group to create a major container handling center in the Mediterranean. The work began this month and will continue indefinitely.