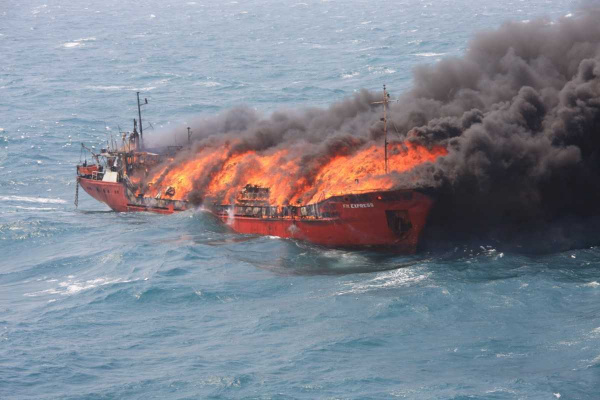 As it turned out, the oil service ship with nine crew members on board that burned down in the Persian Gulf did not belong to Iraq.
This was announced on Wednesday evening by the Minister of Transport of the Arab Republic, Nasir Hussein.

"The ship that sank today was not Iraqi. It flew under the flag of Panama and did not belong to any Iraqi government. The fire took place off the coast of the United Arab Emirates [UAE]. The crew were Arabs, which probably included Iraqis and others. nationalities, "the Iraqi News Agency quoted the official as saying. "At the moment, we do not have reliable information on how many Iraqis were among the crew members," the minister added.

Earlier on Wednesday, the Baghdad al-Yaum news portal and several other local media reported that an Iraqi oilfield service vessel had caught fire in the Persian Gulf and that all nine crew members were killed in the fire. The UAE authorities have not yet commented on the incident.