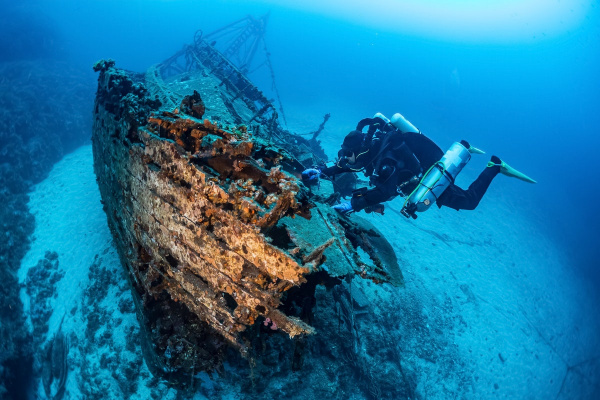 The "Bear" was built in 1874 in Scotland and was used in whaling for the first ten years. After that, it was acquired by the US government for its fleet. The vessel became known thanks to its participation in the rescue operation in the Arctic in 1884, where it continued to serve for another 41 years.

Already in 1933, the "Bear" was bought from the authorities of Auckland by Admiral Richard Byrd, and the ship went on two Antarctic expeditions: 1933-35 and 1939-41. During the Second World War, the cutter again entered combat service and, in particular, participated in the capture of a German spy ship in September 1941. In the end, in 1944, the "Bear" finally "left" the fleet.

“During its 40-year stay in Alaska, the Bear has carried out the most challenging and most successful rescue operations in history. When the indigenous population of America demanded food, the ship brought it. When the whalers were wrecked and needed help, the "Bear" rescued them. When thousands of Alaskans became infected with the Spanish flu, the Bear brought them medicine, ”explains historian William Thiezen.

They tried to find the wreckage of the "Bear" more than once. In 2019 alone, more than 400 kilometers east of Boston, Massachusetts, the Coast Guard and the US National Oceanic and Atmospheric Administration found the remains of an unknown vessel. But only two years later they were able to confirm that they really belonged to "Bear".