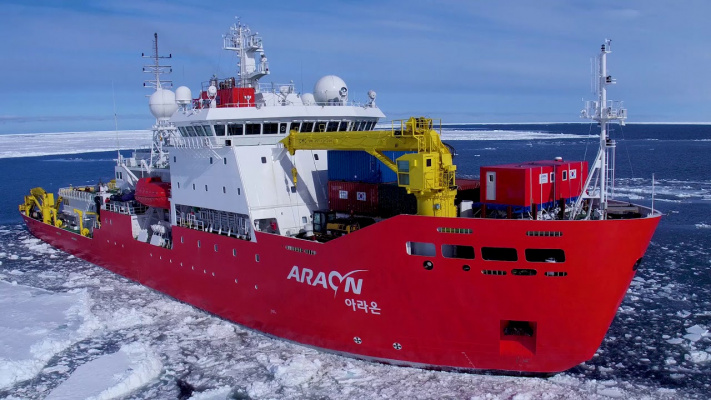 The Korean icebreaker Araon will embark on a new six-month expedition to Antarctica.

We will remind that earlier all research in Antarctica was suspended due to the coronavirus pandemic.

It is known that scientists will conduct research in the area of the fastest melting Thwaites glacier.
South Korea has been studying this glacier together with the United States and the United Kingdom since 2019.

South Korean researchers also intend to get to the so-called Dome Circe, located 1,600 kilometers from the South Korean station Changbogo, as well as to implement a project to protect the ecosystem of the Ross Sea.

A passenger ship has crashed into a coral reef in Indonesia