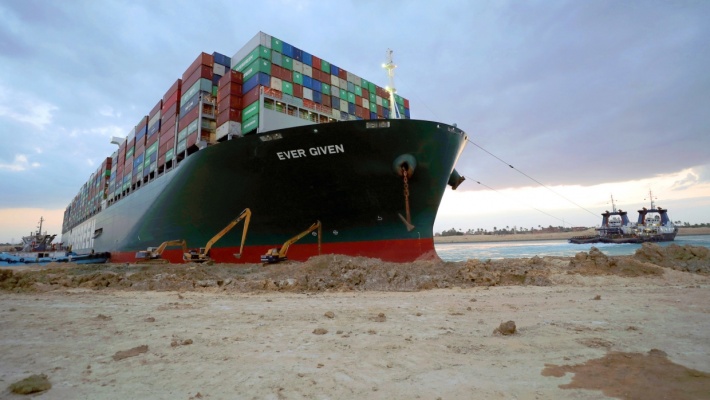 The Japanese company Shohei Kisen, which owns the container ship Ever Given, is studying the causes of the incident in the Suez Canal, which led to the blockage of traffic on it, for which specialists were dispatched to the site.

"A group of specialists from the insurance company was sent to the site to study the causes of the incident. We intend to make every effort to ensure safe navigation in the future," a company spokesman told TASS on Tuesday. He did not give any details regarding the timing of the investigation, referring to the confidentiality of information.

On March 29, the container ship Ever Given with a displacement of 220 thousand tons and a length of 400 meters of the Japanese company Shohei Kisen, which a week ago blocked the single-line southern part of the Suez Canal due to strong winds and a sandstorm, was finally recovered. The vessel blocking the channel of the channel became the reason for the complete blockage of navigation through this important waterway. As a result, about 400 ships were lined up for passage.
During all these days, attempts were made to remove the vessel from the shallows - at first, they tried to simply pull it off with the help of tugs - their number during these days increased from five to 17, and then dredging works were carried out in the bow with the help of dredgers.