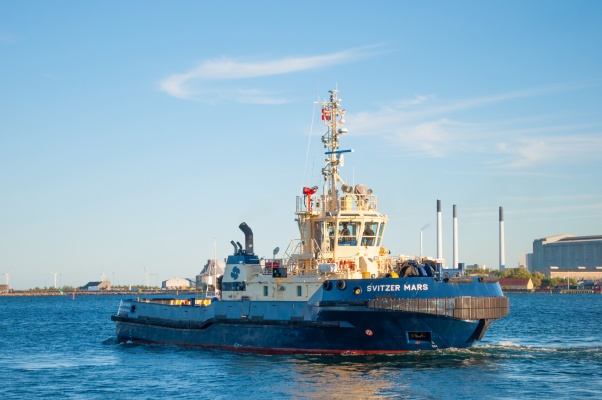 Towing company and tug fleet owner Svitzer was involved in a six-day operation by several companies, coordinated by the Suez Canal Administration (SCA), to restore vessel traffic on a strategically important international waterway. According to Svitzer, two tugboats and four crewed crews, working in shifts, took part in restoring the buoyancy of the grounded Panamanian container ship - a total of about 20 people were involved. Two Svitzer vessels worked together with two dredgers and 13 tugs.

Recall that the ship Ever Given (operator Evergreen Marine, ship owner Shoei Kisen Kaisha, Panama flag) was heading with a cargo of 20 thousand containers from Malaysia to the Netherlands, when it ran aground in the Suez Canal and blocked the way for the movement of ships in both directions.
For Svitzer, work began on the morning of March 23, when its tugs were called to the scene in 10 hours from the company's base in Port Said, Egypt. As soon as the vessels arrived at the site, the towing company engaged in the rescue operation and tugs were placed aft port side to move the container ship. This took about four hours.

When it became clear that these efforts were not enough, from March 24 until the morning of March 29, the tug crews continued to carry out the task of removing the super-container ship from the shallows and restoring the vessel's buoyancy.
The Svitzer towing company has been in the maritime industry since 1833. Part of the Danish group of companies A.P. Moller - Maersk. The company employs 4 thousand people, and its specialized fleet consists of more than 450 vessels. Svitzer operates worldwide.