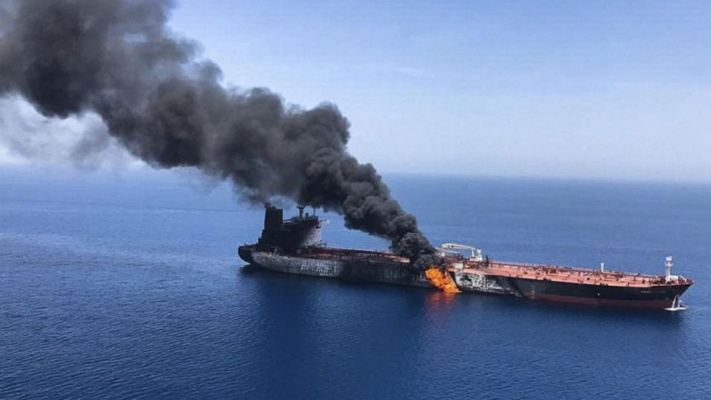 At the Iranian port of Jask, the Iranian Navy's Kharg supply vessel is on fire. The fire ended the training sailing of the vessel to the sea. The fire injured 33 people. 23 of them were hospitalized in the Bandar Abbas hospital, 10 more help was on the spot. After 20 hours of fighting fire, the ship was lost: Kharg sank off the Iranian coast in the north of the Gulf of Oman. The fire on the ship, which went on a sea voyage to train recruits, broke out in "one of the ship's systems."

The fire on the Iranian warship began on the night of June 2. All members of the ship's crew were evacuated.

Kharg is 41 years old. It was laid down at British shipyards back by order of the Shah of Iran in 1976. The supply vessel was transferred to the Iranian Navy in 1984. Different versions of the start of a fire are considered, from technical problems of an old ship, which is more and more difficult to keep afloat, to sabotage. The sunken Kharg was the largest ship in the Iranian Navy in terms of tonnage.