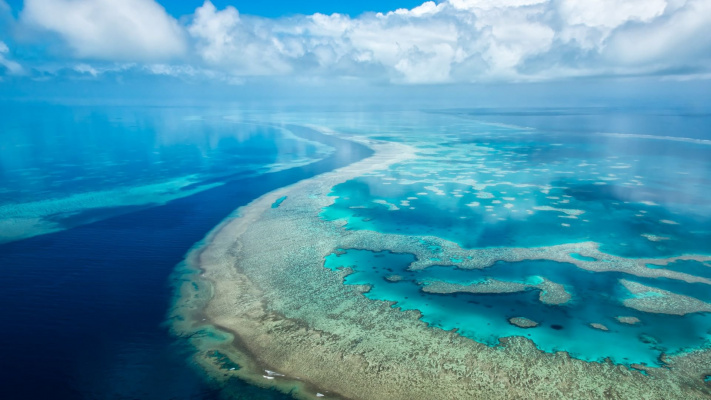 The global sea plays a crucial role in climate regulation by absorbing carbon dioxide. About a third of human-related CO2 emissions are absorbed by the ocean from the atmosphere, halting the rate of global warming.

But the ocean also has the opposite effect. “There are some parts of the water area where the opposite process is going on,” says German physicist Professor Rainer Schlitzer, researcher at the Alfred Wegener Institute for Polar and Marine Research in Bremerhaven. - For example, in the tropical Pacific Ocean there is an active release of carbon dioxide from the ocean into the atmosphere. Few people know about this, and this process continues regardless of the greenhouse effect. This is due to the fact that here very cold water, saturated with carbon dioxide, rises to the surface from great depths, and it goes into the atmosphere. "

In most of its water area, the world's oceans still absorb carbon dioxide. For example, cold water south of Greenland or along the coast of Antarctica dissolves a lot of carbon dioxide, and then plunges rapidly into the depths, reaching the very bottom. It takes centuries before it returns to the surface. “We are counting on this effect,” emphasizes Professor Schlitzer. - Our data suggests that the ocean has already absorbed 40 percent of the total mass of anthropogenic carbon dioxide emissions. If it were not for the ocean, the concentration of CO2 in the Earth's atmosphere would have been much higher. "

Recent research has shown that carbon dioxide uptake by the ocean is not constant. In some periods, absorption occurs in smaller volumes. Some scientists are inclined to believe that the ability of the ocean to absorb CO2 is gradually decreasing, and in the near future more and more carbon dioxide will accumulate in the atmosphere.

German oceanographer Christoph Heinze, professor at the University of Bergen, Norway: “It is gradually becoming clear that the ocean is getting worse and worse at absorbing the additional amount of carbon dioxide that we emit into the atmosphere every year. That is, it still absorbs some part, but its share in the total volume of emissions is decreasing. This means that anthropogenic carbon dioxide will accumulate in the atmosphere. We must more decisively limit its emissions. "

The ocean has simply ceased to cope with such anthropogenic load, no ecosystem in the world can withstand man. Rivers are already classified as extremely dirty, and the amount of plastic waste in the ocean is in the hundreds of thousands of tons.