Home News The first passenger superliner was launched in China 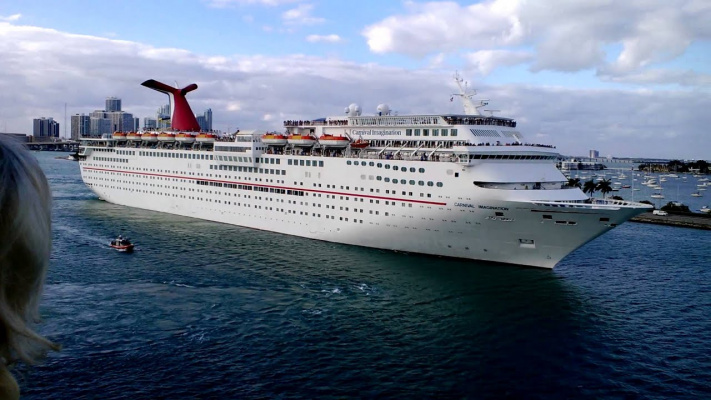 The vessel, built as part of a joint project of the American operator Carnival Corporation and the Chinese State Corporation (CSSC), left the slipway ahead of previously anticipated deadlines.

The solemn ceremony, which Chinese shipbuilders expected to hold only in the new year 2022, took place on December 17 in Shanghai, at the shipyard of Waigaoqiao Shipbuilding, one of the enterprises of the Chinese State Shipbuilding Corporation. One of the important elements of the spectacle was the spraying of water in front of the stem of the vessel for the formation of rainbow "gates", which are considered a lucky omen.

According to CSSC, with a length of 123m and a width of 37 meters, the gross capacity of the liner is 135,000 Gt, the maximum draft reaches 28 meters. It is designed to receive and comfortably accommodate 5,246 passengers.

The Chinese side emphasizes that this typical Vista-class passenger vessel will be equipped in accordance with the preferences of the national tourist market and is primarily aimed at lovers of sea travel from among the citizens of the Celestial Empire.

It is planned to install two main engines of 22,840 hp on the liner, which should provide it with a maximum speed of 22.6 knots, as well as a diesel generator with a capacity of 62.4 MW. By now, the readiness of the liner reaches 55% and it is planned to be moved to another dock to complete the finishing work.

This is the first of two similar passenger ships that CSSC intends to build at its shipyards according to the program for the development of the Chinese tourism industry adopted in 2013. In the process of their construction, Chinese shipbuilders will be advised by specialists of the Italian shipbuilding corporation Fincantieri Groupe.

The next stage in the development of shipbuilding in China in the segment of passenger ships will be the development of the first cruise ship project, which will be implemented exclusively by Chinese specialists and only at national enterprises. It is also reported that most of the parts, assemblies and mechanisms will also be manufactured in Chinese factories.

By the way, last week the Italian classification society RINA officially approved the preliminary design of this vessel submitted by China. The new liner will be larger than its two predecessors: with a length of 330 m and a width of 38.5 meters, its gross capacity will reach 150,000 Gt. Thus, in the medium term, China intends to "break the technological blockade" in passenger shipbuilding, overcoming dependence on foreign specialists in this field.

The XingYuan vessel is still "sitting" at the shore