Home News The XingYuan vessel is still "sitting" at the shore

The XingYuan vessel is still "sitting" at the shore 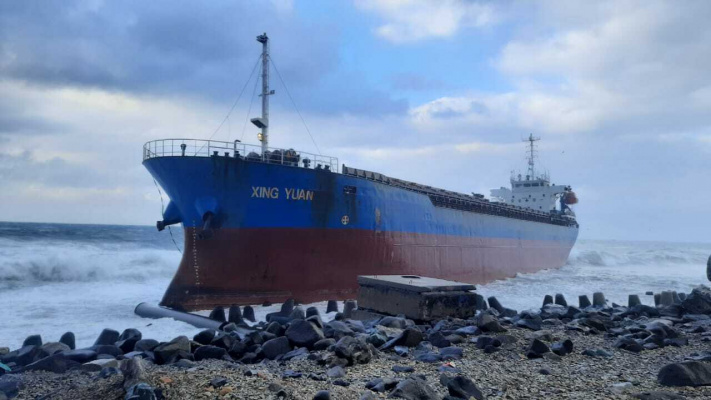 The XingYuan vessel, which ran aground in Kholmsk back in early December, has not yet moved from its place. To date, the stage of stripping the vessel of petroleum products is coming to an end, there are about 9 cubic meters left. 103 tons of fuel have already been pumped out

According to information received from the Ministry of Emergency Situations, the marine rescue service is directly engaged in pumping oil products under control. It is not possible to get more detailed information about the timing of the work and the order of its stages from the Maritime Rescue Service, the only dispatcher who answered the call has no time to explain the situation. No one picks up the phone on the other numbers. At the moment, the fuel has been deposited. The progress of the work is controlled by the Ministry of Emergency Situations.

The weather in Kholmsk is good, but earlier eyewitnesses reported damage to the vessel, it is obvious that it will not be possible to send it back quickly. We can only hope that this will not become a new attraction of the city. The seaworthiness of the vessel has yet to be assessed. Depending on whether it is seaworthy, the issue of its return to the owner or disposal on the spot will be decided.

The rescued crew did not bring a coronavirus infection to the island, according to Rospotrebnadzor. All the sailors passed the tests and followed the prescribed 14 days of quarantine.

Now the crew members live in one of the Kholm hotels, the issue of sending them to their native country is being resolved. The incident was immediately reported to the central office of the Russian Foreign Ministry and the Consulate General of the People's Republic of China in Vladivostok. One of the main problems is the lack of air traffic between Russia and China, representatives of the shipowner — Sakhalin Marine Agency Company are working together on this issue, and the issue is also being worked out by representatives of the Russian Foreign Ministry in Yuzhno-Sakhalinsk. Due to the lack of a return scheme, it is impossible to prepare transit visas. The shipowner, in turn, keeps in touch, and due to the fact that the situation is force majeure, the costs fall on his shoulders.

India is testing the newest destroyer