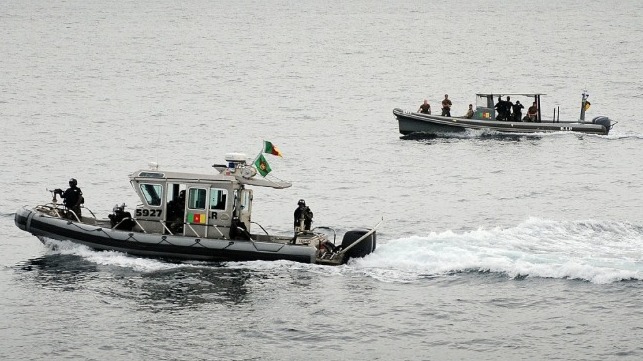 The Association of European Shipowners (ECSA) has supported a new European Union project for the protection of merchant shipping in the Gulf of Guinea, which includes a coordinated maritime presence in the region. Its aim is to pool resources and harmonize the actions of EU member States in order to achieve effective cooperation and cooperation with coastal countries in the fight against piracy.
This is an additional step and a basis for further work on the safety of ships and crews. We support the implementation of that concept and call on other countries to do the same. This will help lower the threat level», noted Martin Dorsman, Secretary General of ECSA.

In addition, ECSA calls for more work to be done in this regard, as piracy attacks on ships and the kidnapping of seafarers have increased dramatically in the Gulf of Guinea in recent years.
The statistics are indeed alarming. According to a recent report by the International Maritime Bureau (IMB), the region recorded a record number of incidents in 2020, with a total of 22 attacks by pirates abducting 130 crew members. The Gulf of Guinea accounted for 96.3 per cent of all cases worldwide.

In addition to the exhaustion caused by the global pandemic and the crew change crisis, seafarers are exposed to extreme psychological stress because of the high level of danger and the risk of death at the hands of criminals. It is not allowed to continue», - Martin Dorsman concluded.
ECSA assured that European shipowners would continue to contribute to reducing the risk of pirate attacks and to follow the BMR guidelines.

The Russian Seamen’s Union notes that, because of the complex and complex causes of piracy, the actions of Governments play a decisive role in combating it, in particular through active international cooperation through the presence of naval forces in the region.

This proves the case of Somalia, whose waters were once considered the most dangerous area of navigation. It is very desirable to believe that the EU initiative on protection of navigation in the Gulf of Guinea will be implemented - there is no doubt that seafarers would then be more secure», - said in RPSM.

The vessel ran aground due to wrong course plotting