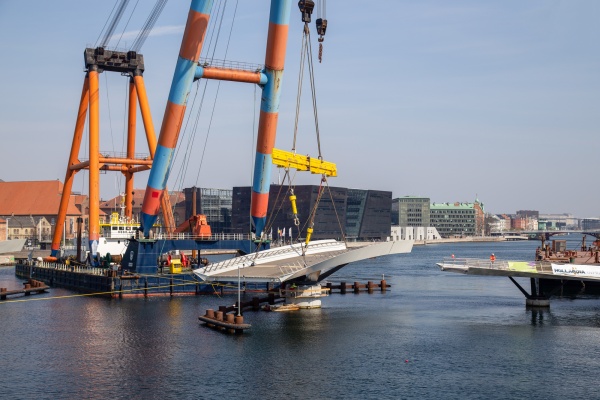 The work on cutting the seventh part (engine room) of the Golden Ray car carrier, which rolled over from 4.2 thousand vehicles off the coast of the United States in the fall, was completed.
The cut-off part of the car carrier was loaded onto a barge and brought by tugs to the dock in St. Simons Sound, Georgia. Then it will be transported to Louisiana for recycling.

As gCaptain notes, the cutting operation in the engine room was the most challenging. It turned out that this section had reinforced baffles, and the ship's steel turned out to be stronger than expected. Work in this part has been carried out since February and has been suspended more than once due to a cut or breakage of the cutting chain, which was then replaced with a new one.
The teams will have to make three more cuts. They hope that the work will go faster now, but also take into account possible new circumstances that impede the acceleration of the operation.

Work must be completed before the hurricane season starts June 1.

Let us remind, in the fall of 2019, "Golden Ray", carrying 4.2 thousand cars, capsized off the coast of the United States. It was decided to cut the ship into several parts and transport them to the nearest dock for disposal. For the special operation, a heavy crane vessel "VB 10 000" - a claw vessel was involved. During the cutting, all vehicles remained inside the cargo bays.