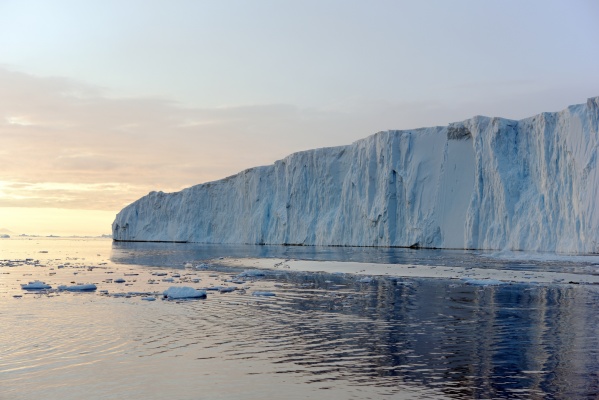 Scientists predict that by 2100, the period of the year when the ocean will be completely ice-free will reach four months.
Thirty-five years from now, the Arctic Ocean will no longer be covered by ice in September. Scientists came to such conclusions, and the results of the work of TASS were presented by the Senior Fellow of the Institute of Oceanology. Shirshova RAS Stanislav Martianov.

"We have been able to model the impacts of climate change under various greenhouse gas growth scenarios on the ecosystem of the Arctic Ocean. Factors such as reduced ice cover, changes in temperature and salinity were considered. Based on one of the mathematical models used, the Arctic Ocean will reach ice-free status by 2055. However, by the end of the 21st century, the period of the year, when the ocean will be completely ice-free, will gradually increase and will reach four months - mid-July to mid-November - by 2100," said the scientist.
The authors of the paper also predict a decrease in nutrient concentrations in the North Atlantic in winter by the end of the century, caused by lower mixing of ocean water layers. Scientists have also not ruled out that a series of floods could occur in the Pechora Sea in the second half of the century due to rising levels. At the same time, the frequency of extremely warm winters is expected to increase in the Baltic Sea area in the coming decades.
"In the past, such studies of regional-scale climate change have been limited - open maritime boundaries have created inconsistencies in boundary conditions and atmospheric impacts for regional models. This work allowed the use of the same climate model, the results of which were further used in regional ocean models. This greatly improves the correctness of the task and its solution", the researcher explained.