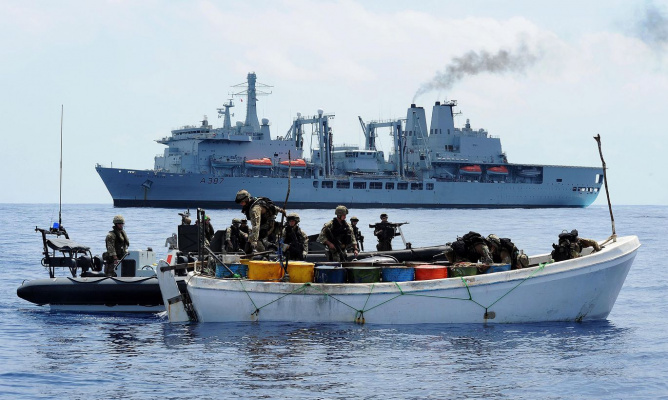 A group of Somali pirates on Monday tried again to hijack a Turkish freighter.

The London-based British maritime trade organization reported that the attack occurred 100 nautical miles (185 km) northeast of the Somali capital. The name of the Turkish vessel and the place where it followed are not indicated. However, it is known that all crew members survived.

The British enterprise interpreted the attack as a warning that Somali pirates were reorganizing their ranks, and such attacks are likely to now become frequent in the region, especially in light of the weakening of international measures to protect these maritime areas from criminal groups.

On the other hand, according to private sources, a state of discontent has gripped the Somalis lately due to Turkey's interference in the country's internal affairs and its attempts to impose its agenda on the federal government. Local residents fear that this will lead to an increase in operations on land and at sea, carried out in the interests of Ankara.

Pirate attacks off the coast of the African state are much less frequent compared to 2011, when criminal elements seized dozens of merchant ships and abducted hundreds of sailors from different countries. At the same time, the Naval Forces of the European Union in Somalia reported that pirates carried out 176 attacks in a year, taking 25 merchant ships prisoner.