Home News Shipowners are not going to dispose of old VLCCs 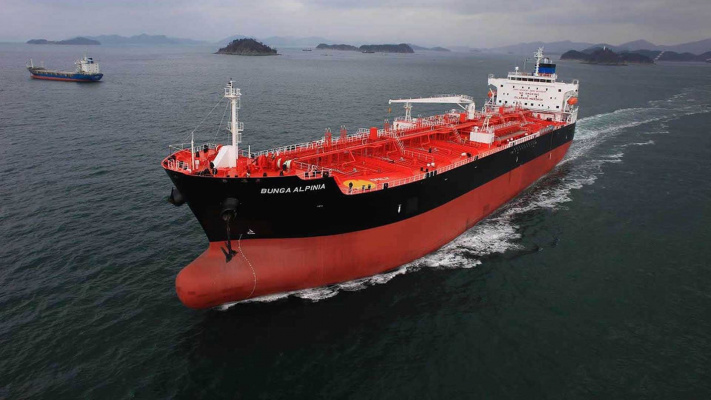 In seven months of 2021, only three large-capacity VLCC oil tankers were sold for scrap.

In addition to these three vessels, since the beginning of the year, five out-of-service VLCC tankers have also been sold for scrap, which have recently been used as floating storage facilities (FSO).

However, the scrapping of these FSOs did not affect the balance of supply and demand, as well as freight rates.

The average age of the VLCC tankers sent for scrapping this year was 22 years, while the FSO was 24 years old.

Currently, the crude oil shipping market continues to be weak. This led to a drop in freight rates to historic lows. Despite this, shipowners are in no hurry to dispose of age-old VLCCs.

The scrapping market has been sluggish amid record high scrap prices offered by shipbreaking yards in Bangladesh, India and Pakistan. In turn, the increase in scrap prices was caused by high prices for steel in general, as well as a limited number of ships offered for recycling.

The low scrappage rates of VLCCs are also explained by the attractive prices for old vessels on the secondary market.

“According to VesselsValue, 69 VLCC tankers changed owners between January and July 2021, and 91 for the whole of 2020,” writes MarineLink. - To some extent, what we see now resembles the situation observed after 6 consecutive quarters of high rates for oil tankers - from the fourth quarter of 2014 to the first quarter of 2016. After that, only in the third quarter of 2017 there were signs of an increase in the utilization of VLCC tankers ”.

“The low level of utilization of large-capacity oil tankers, which is observed from January to July this year, probably seems to be unexpected for someone. Some are wondering why shipowners are not disposing of excess fleet when freight rates were low last year, explains Peter Sand, chief analyst for shipping at BIMCO. - There are two reasons. First, the high revenues that have been earned by all those who have worked with crude oil tankers in the past year. Second, since tanker prices in the secondary market exceed even the record high prices offered for scrap sales, shipowners tend to keep their tankers afloat and pass them from hand to hand, rather than send them for recycling. "