Home News Ship with intact cargo was found in Greece 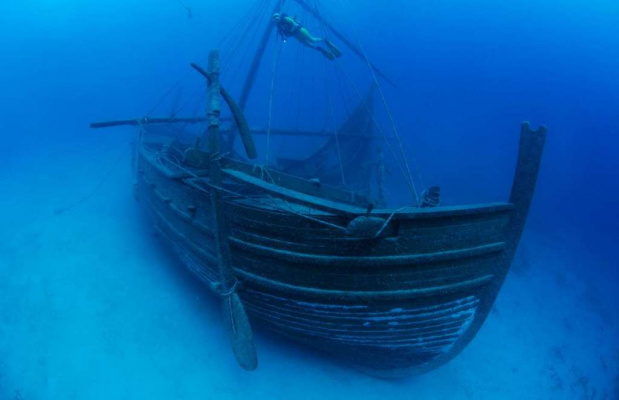 Underwater archaeologists discovered a merchant ship that sank more than two millennia ago off the coast of Greece, which was carrying a cargo of amphorae, valuable at that time.

The opening is reported on the website of the Greek Ministry of Culture. The workers who were laying the electrical cable along the seabed were the first to stumble upon the remains of the shipwreck. It should link the Greek city of Kissamos and the Italian city of Naples.

Perhaps the ship that sank many centuries ago followed a similar route. It is reported that it was discovered back in 2019. However, its survey was difficult, since the ship is at a depth of 222 meters.

Only recently has it been studied thanks to the equipment possessed by the Greek Center for Marine Research. An unmanned vehicle equipped with a remote control system was sent to the bottom of the sea. It is equipped with on-board cameras and a scanner. These instruments helped to obtain images of the sunken ship.

Analysis of the data obtained helped establish that it was a merchant ship. According to experts, it sank between the end of the 5th century BC and the middle of the 4th century BC. Apparently, the ship did not receive serious damage and sank to the bottom almost intact. Scientists say this because the bottom landscape at the site of the shipwreck exactly repeats the shape of the ship.

According to preliminary data, this vessel was carrying a large cargo of amphorae. What exactly was inside these vessels can only be guessed at. In ancient times, amphorae were themselves an expensive commodity. In addition, they were often used to transport oils, wine and grains.

Analysis of the images from the bottom showed that the ship had several types of amphorae. Some were produced on the island of Corfu, while others were of the so-called Soloh II type, which may have been made in the ancient city of Peparitos. Also, the ships had amphorae from Chios. In addition, three pitos were seen in the photographs - the so-called sets of kitchen vessels. Some of these items have already been recovered by archaeologists from the bottom.