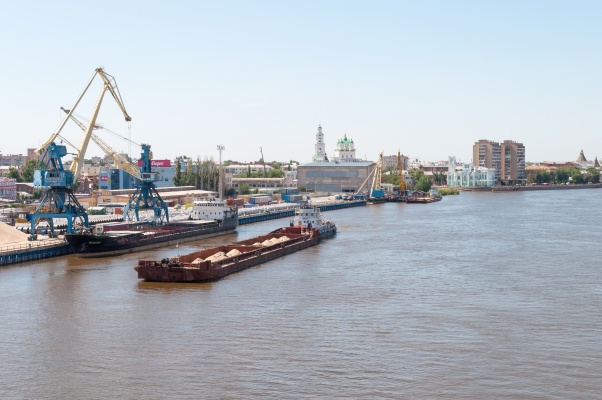 The resumption of service to ocean cruise ships in the port of Shanghai may begin next year. As the local newspaper Shanghai Daily writes on Thursday, in March 2022, the Wonder of the Seas cruise ship is expected to arrive in Shanghai, which will then travel with passengers on board to a number of Asian countries, if permission is received from authorities.

The operator of the vessel, which is still under construction in Saint-Nazaire in France, is Royal Caribbean Inernational. This Oasis-class liner with a displacement of over 236 thousand tons will be the largest in the world and will be able to take on board up to 7 thousand people. The ships of this class have remained the largest and most luxurious cruise ships in the world for the past 12 years. The first four such vessels were built for the markets of North America and Europe, and the fifth - the largest in the world - is being built for the Asian market, TASS reports.

"China is one of the most important strategic markets for Royal Caribbean and the launch of Wonder of the Seas confirms our strong commitment to the Chinese market," the newspaper quoted Royal Caribbean Inernational President and CEO Michael Bailey.
Shanghai is the location of the Usunkou international cruise port - the largest in Asia in terms of passenger traffic and the number of ships received. In 2016, it bypassed Barcelona to become the fourth largest cruise port in the world. In 2015, the local government began a large-scale renovation. After the completion of all work in July 2018, two new terminals were put into operation in the port, which will increase the passenger traffic of the cruise port to 6 million people a year.

Before the outbreak of the novel coronavirus pandemic, this port in Shanghai accounted for about 60% of all cruise ships accepted across China. Since October 2011, it has received 2.2 thousand cruise ships with 13 million passengers. This port was visited by cruise ships of such world leaders in this industry as Carnival, Royal Caribbean, Norwegian, MSC and Genting "Jentin"). The Wusunkou International Cruise Terminal in Shanghai was suspended at the end of January last year due to the COVID-19 pandemic. From 22 to 29 January, the port received the last eight cruise ships with more than 35 thousand passengers and 10 thousand crew members on board.

HRA may change at the request of Kenya