Home News HRA may change at the request of Kenya

HRA may change at the request of Kenya 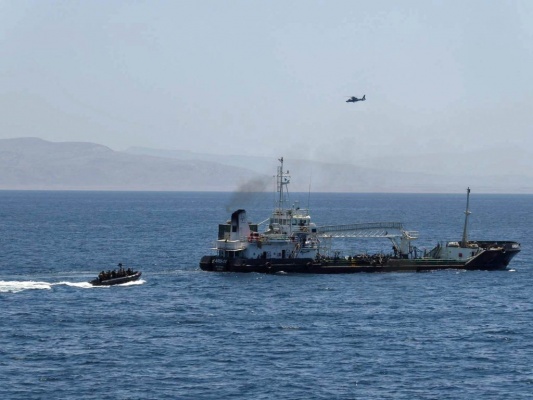 Kenya asks the International Maritime Organization to exclude its territorial waters from the High Risk of Piracy (HRA) in the Indian Ocean. The authorities argue the request that the current state of affairs in this region no longer poses a serious threat to shipping, and the country's territorial waters are generally safe. At the same time, the statement emphasizes, the location of the territorial waters of Kenya within the high-risk zone harms the economy, as it restrains foreign investment flows, hinders the development of cruise tourism and increases import costs.

High Risk Areas (HRAs) in the Gulf of Aden and Indian Ocean were identified during the heyday of Somali piracy more than 10 years ago. Shipping companies were advised to refrain from operating in these areas whenever possible or to strengthen security measures in the merchant marine, including the use of armed guards. The HRA boundaries were last revised in 2019. Then they were reduced in the Arabian Sea and Indian Ocean.
“Since Kenya took responsibility for protecting its territorial waters and surrounding maritime areas, the security situation has improved significantly. Consequently, the southern border of the HRA should run south of the equator,” the appeal says.

Industry organizations have repeatedly noted that crime in the region is fluid and that pirates are adjusting their attack tactics in every possible way.
“As we consider making possible changes, our first concern is to ensure that they do not lead to unexpected consequences that could negatively affect the ability to protect ships and seafarers,” said representatives of the HRA's boundary review team.
The note that the situation does not apply to the area of risk of hostilities, which denotes the Lloyd's Joint War Committee, and for the transit of which the insurers apply increased insurance rates.

The coordinates of any risk zones reflect the locations where there is a threat of pirate attacks, and at the same time, consider the effectiveness of deterring attacks. It is important for ship crews to understand that working conditions in risk zones can only be changed by the decision of the International Negotiating Forum - IBF, in which shipowners and maritime trade unions participate. The International Transport Workers' Federation has not made decisions to reduce areas of high pirate risk. Effective November 1, 2020, the IBF Collective Bargaining Agreements, ITF Standard Agreements and ITF Total Cost of Crew Agreements (TCCs) are subject to uniform high-risk and war zones. The established coordinates continue to operate today.